Interested in moving to Houston? Check out some of these cool facts:
Within this enormous metropolis, Houston offers a thriving Orthodox community, great lifestyle, affordable homes and the added perk of no state income tax!
Robert M. Beren Academy wants your transition to Houston to be as seamless as possible.  We offer a tuition matching program for our new families in order to relieve some of the burden of a move.  Please contact Fannet Nater fnater@berenacademy.org our Director of Admissions, for more information! 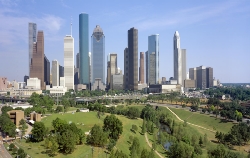